Second-Annual Sodexo's Future Chefs Competition Is Back On Feb. 28 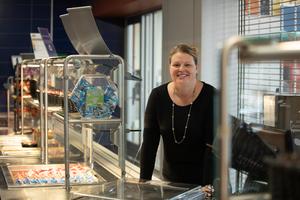 'Turnip' the heat because the Second-Annual Sodexo's Future Chefs competition is scheduled for February 28, 2020.


At Life School, we are working to change that statistic for our students. One way we are doing so is by teaching our students about the importance of making healthy food choices. And we are trying to make it fun!

Sodexo, the food service provider for all of our schools, hosted a Future Chefs challenge for 4th, 5th, and 6th graders at Life School Cedar Hill Elementary last spring. The students entered the cooking competition by sharing a kid-friendly recipe they felt represented their family on recipe cards that Sodexo provided that said:


This year, the category was Mexican food and all of the recipes had to be made from scratch.


“The Future Chefs event encourages students to get interested in healthy eating by getting them in the kitchen and preparing a meal from scratch,” said Sodexo General Manager, Krista Courtney.

“Future Chefs is something Sodexo does around the country and we are excited to be able to bring this to Life School this first year," she added. "Next year we hope to open it up to more students. This year we kept it small so we could get things right.”


Based upon their recipe submissions, two students from each grade level (two 4th graders, two 5th graders and two 6th graders) were chosen to prepare and present their recipes before a panel of judges in the kitchen at Life High School Waxahachie on March 1, 2019.


The students were paired up with employees and they made their dishes together.

“By pairing up we removed any dangerous aspects of the recipe so everyone stayed safe,” said Courtney.


The Future Chefs were judged on two criteria: presentation and taste.


After a tight selection process, the 2019 winners were announced, including:


“It was so great to see the kids in the kitchen getting excited about cooking,” said Courtney. “This is something we definitely plan on doing again.”


And again they are! Open to Life School’s District elementary, the second annual Sodexo's Future Chefs competition is scheduled for February 28, 2020, from 4:00 PM - 6:00 PM at Life High School Waxahachie.